The Rake’s Progress, one of Ex Machina’s recent opera productions, called for a simple raked stage that was anything but simple. The scenography designed by Carl Fillion revealed different scenes via the sophisticated use of traps located throughout the surface of the rake.

The design and construction of a stage structure

Our OST-PTL system designed to support heavy set pieces was put to good use in this project. Due to the many traps, some of which were very large, and the structural requirement of supporting very heavy accessories, this system was perfect for bringing a stage that is unlike any other to life.

The set includes an oil derrick that is later transformed into a camera crane. Its structure was engineered so that it could be easily manipulated by the actors and moved safely in its fully extended position with a performer sitting on it.

One of the decks was fitted with a hydraulic piston so that it could be used as the ramp to get the prop car on stage. Once the car was positioned on the ramp, it was lifted with the surrounding deck using a hydraulic power unit fitted with accumulators to reduce noise.

Another hydraulic system was developed to lift a 40’ wide by 7’ deep lid from the downstage to reveal the Boneyard Cemetery. Also under this lid, a 40’ long elevator that deploys to become the bar counter in the Saloon scene. 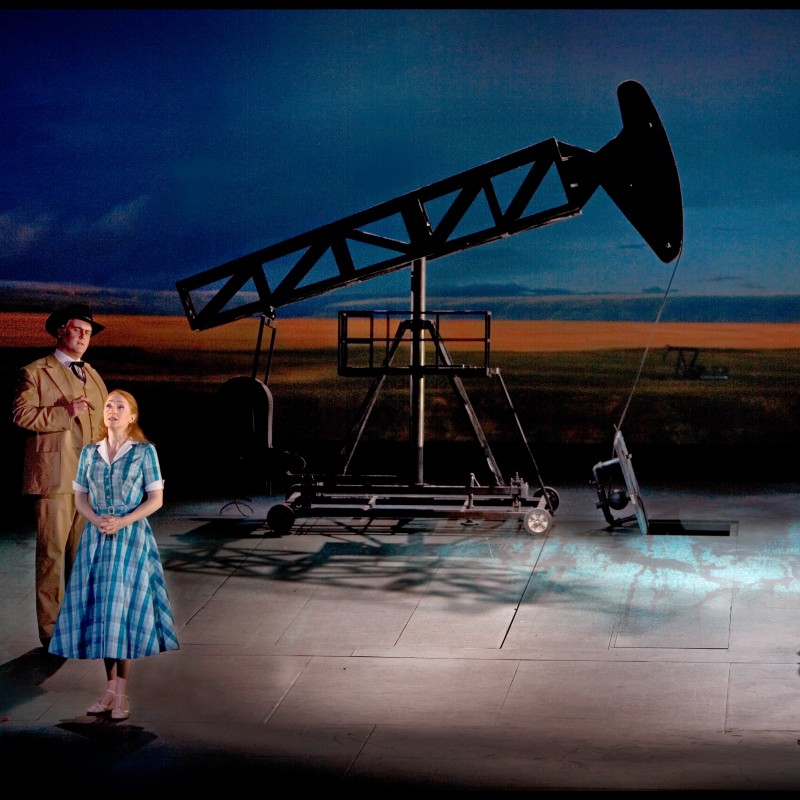 The oil derrick that turns into a camera crane. 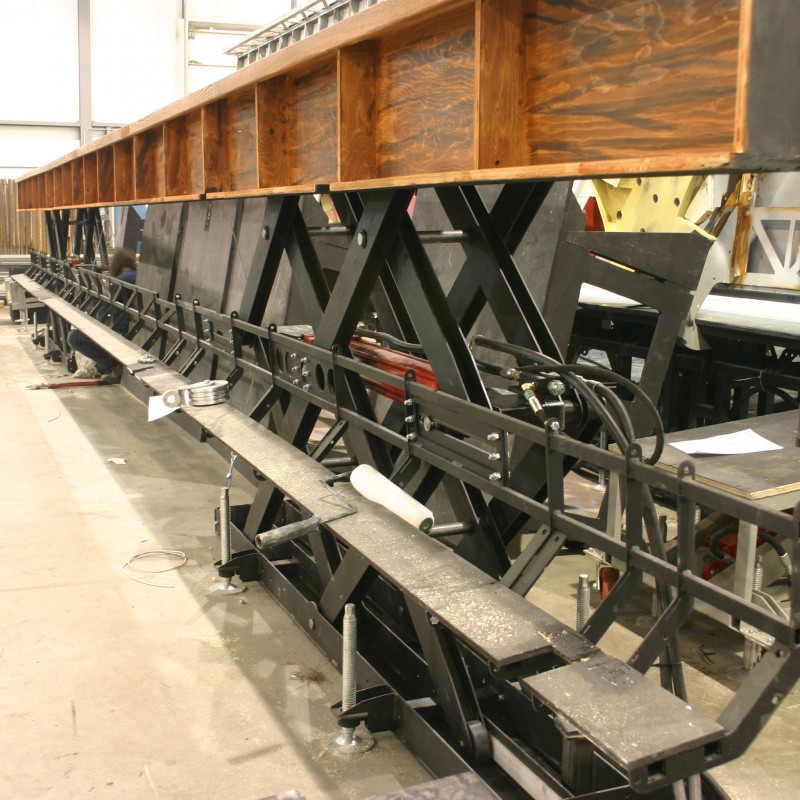 The Boneyard scene under construction. 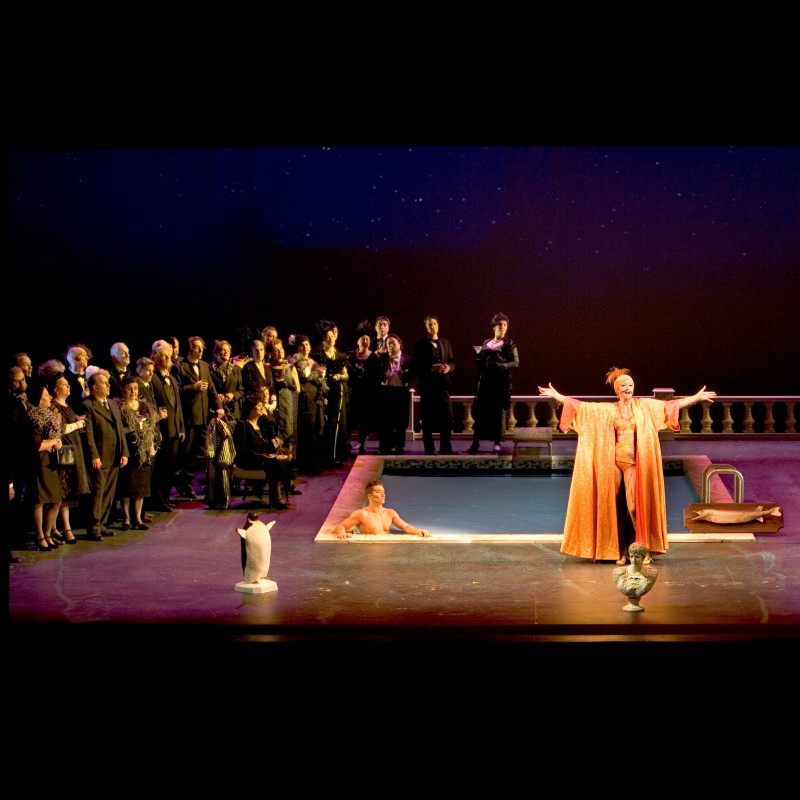 The Truelove’s mansion where several traps are used to reveal a pool. 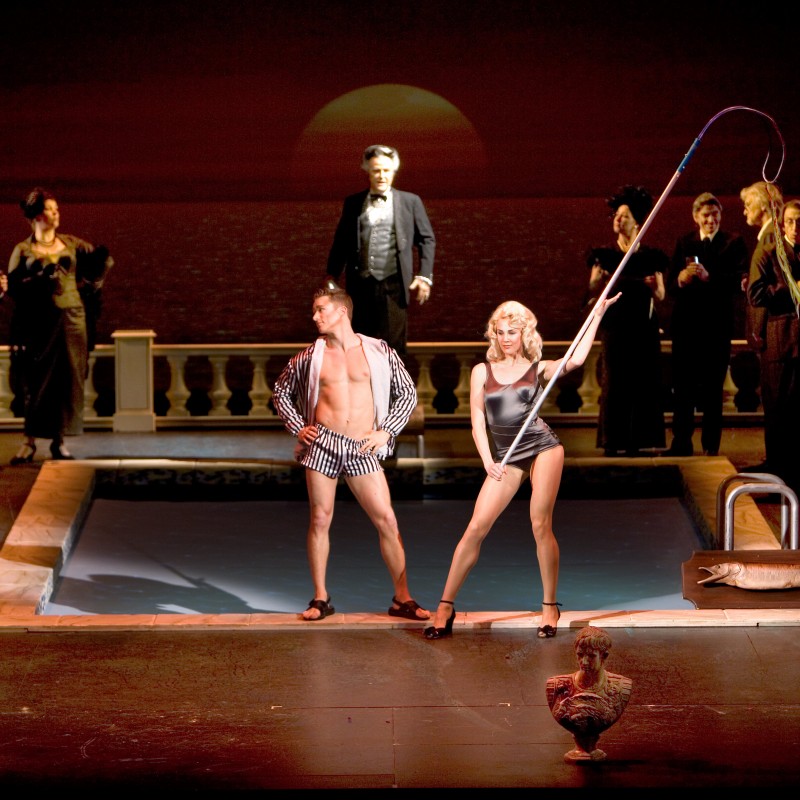