After more than 20 years, the Metropolitan Opera unveiled a new Ring cycle. This groundbreaking production by Robert Lepage was the most ambitious production the Met had ever attempted. The production, based on the theory of tectonic plates, allowed each piece of the earth’s crust to be constantly moving. The main stage, nicknamed The Machine, was designed and built according to the vision of Carl Fillion. 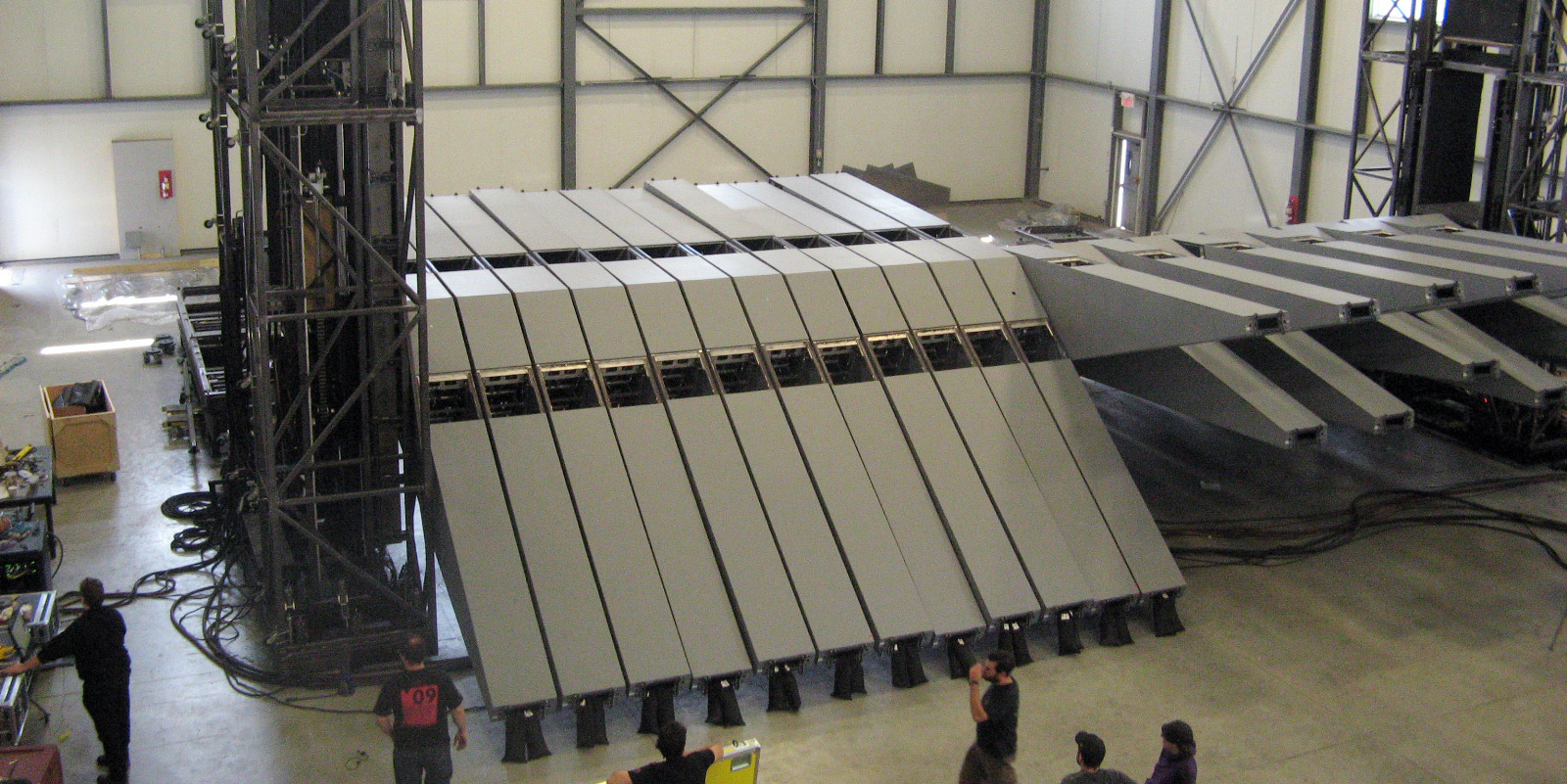 A platform of movable planks

The Machine is a 45-ton platform made of two towers that support the 60-foot central shaft. Using cylinder hydraulics, the towers allow the translation and rotation of the shaft. The platform also has 24 movable planks attached to it that are designed to transform into a staircase and wall in which computer-generated images are projected. In addition, thanks to hydraulics, automation and technicians, The Machine can transform into different configurations.

A proscenium completes the set. It is raked and serves as a continuum of the planks and main stage. 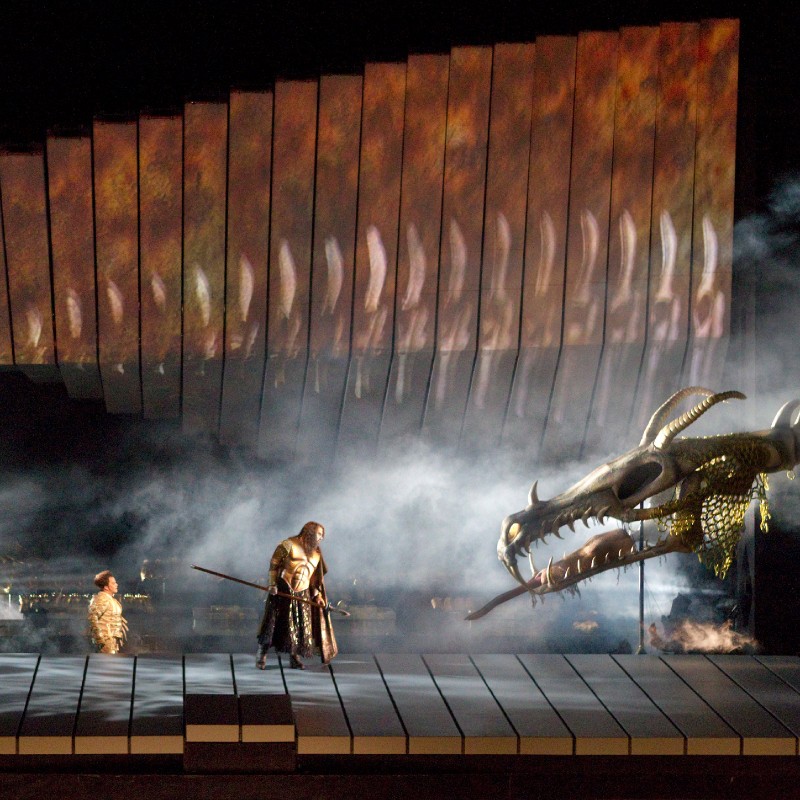 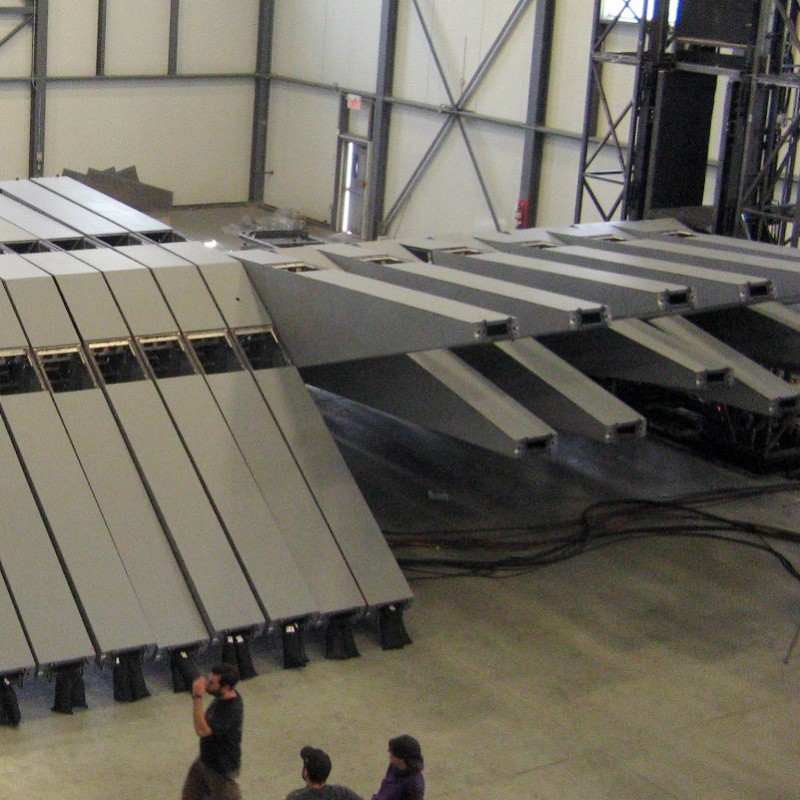 The Machine in our studio in various plank positions.