This project is yet another collaboration with Ex Machina, this time world renowned designer Michael Curry teams up with Robert Lepage and Scène Éthique for the production of the opera l’Amour de loin composed by Kaija Saariaho and a libretto by Amin Maalouf. This production, directed by Robert Lepage opposes two scenographic poles and Scène Éthique needed to use all of its creative resources to bring this vision to life. 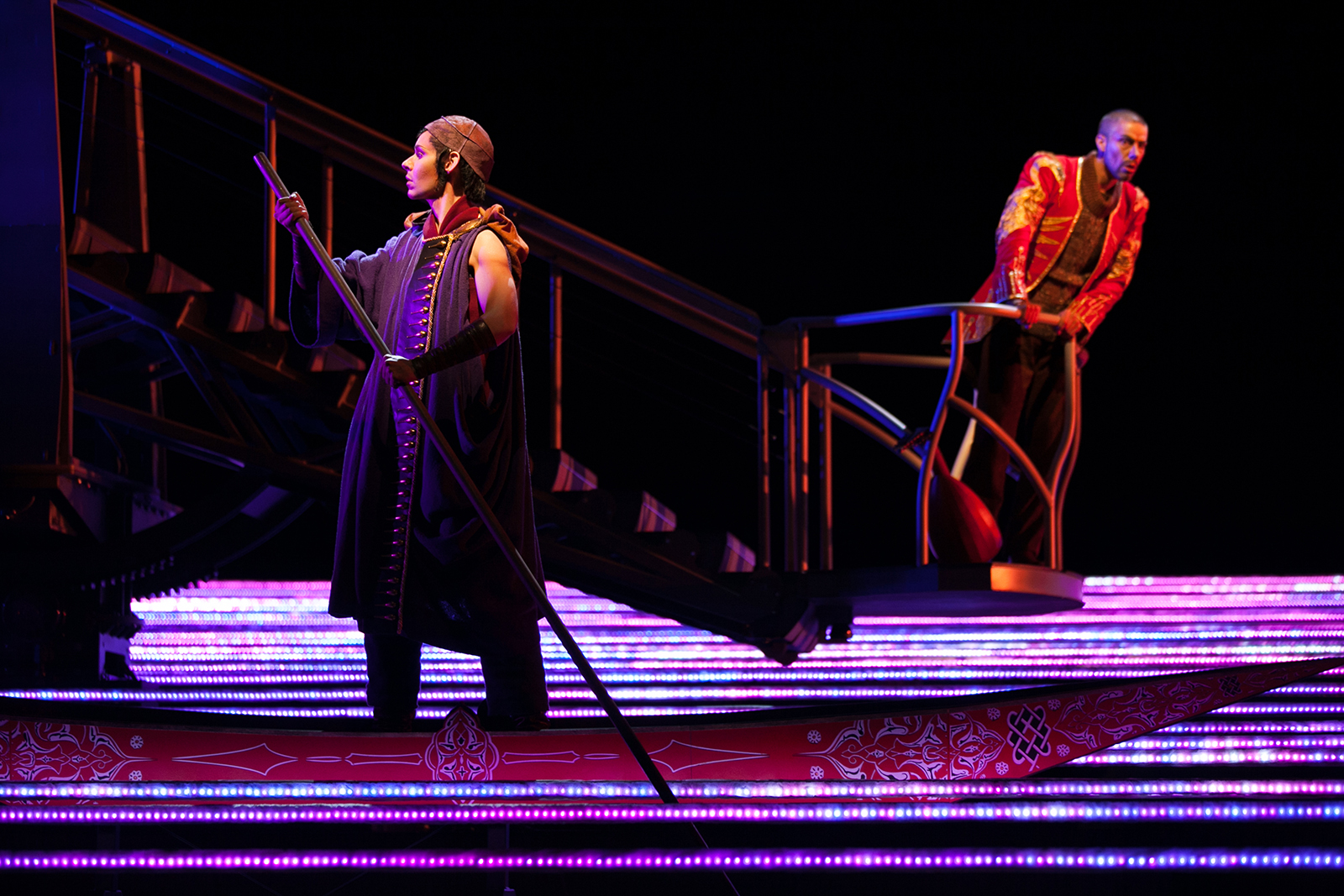 For the first scenographic pole, Lepage and Curry have set the story and music in an imaginary maritime space. The ocean is represented by an array of ribbons of LED lights strung between two mechanical arms that move independently from one another. The movement of the mechanical arms reproduces the movement at the surface of the ocean in a stylized yet very realistic way.

In the second scenographic pole a huge structure emerges from the horizontal watery world. This structure transforms itself continuously, sometimes a boat or a bridge other times a tower with a staircase. This giant scenic element, designed in close collaboration with Ex Machina, started as a fairly simple mock-up but ended up being one of the most complex mechanical assembly ever built by Scène Éthique. The structure rotates 360 degrees, becomes a staircase when it is tilted one way or the other and rides on rails the length of the stage. 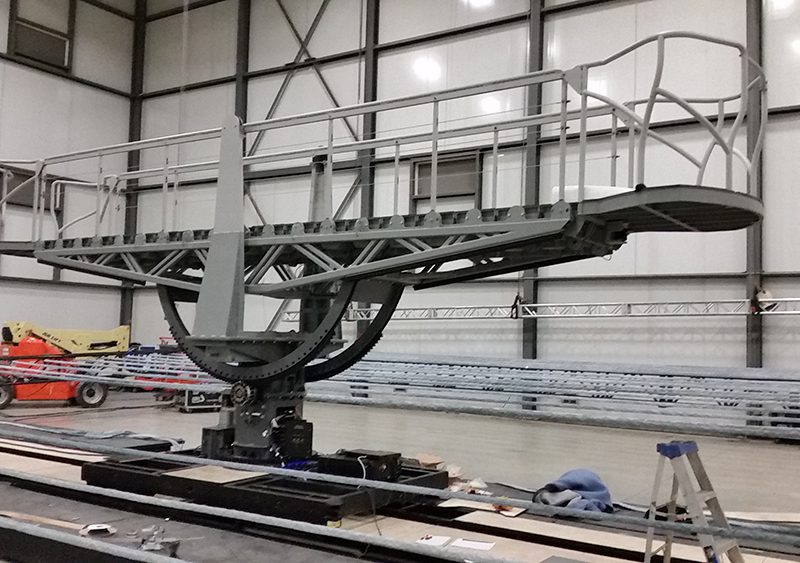 Assembling scenic elements in the studio 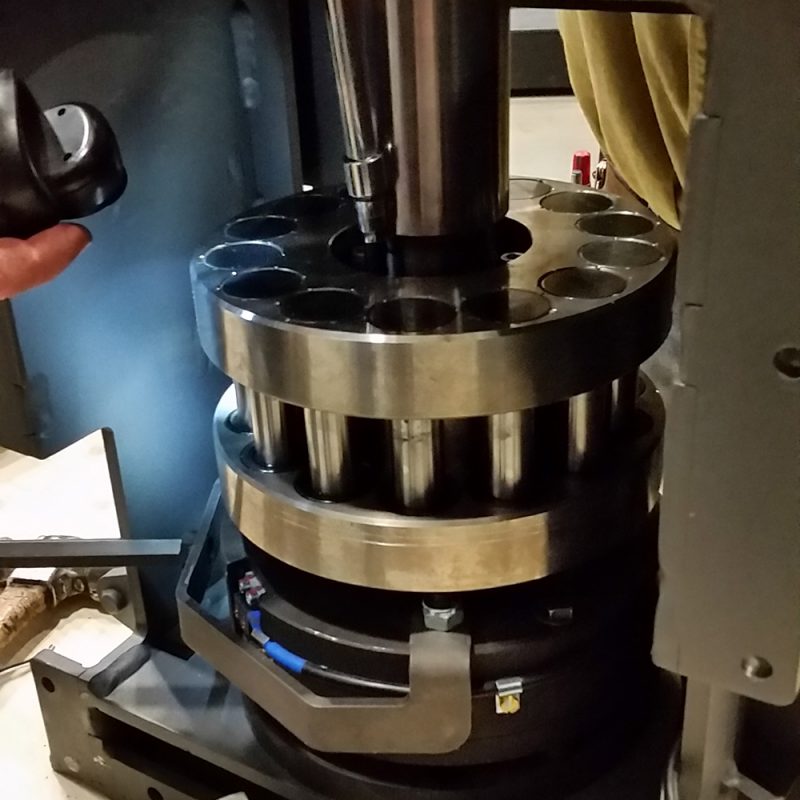 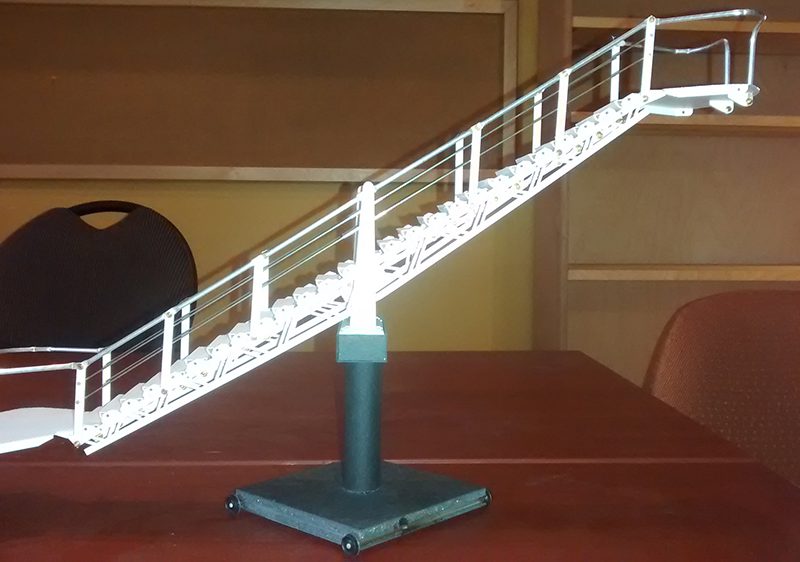 Mock-up of the structure